What a Car Loan Costs

When you’re shopping for a car loan, remember that what it costs you to borrow depends on three things:

The APR (Annual Percentage Rate) is a percentage of the loan principal that you must pay to your credit union, bank, or other lender every year to finance the purchase of your car. This finance charge includes interest and any fees for arranging the loan. The charge gets added to the amount you borrow, and you repay the combined total, typically in monthly installments over the course of the term.

When you’re looking for a loan, you want the lowest APR you can find for the term you choose. The higher the rate, the more borrowing will cost you.

Most APRs you’ll be offered will be in the same ballpark. That’s because the cost of borrowing at any given time depends on what lenders themselves have to pay for the money they’re using to make loans. Rates can vary, so check with the financing arms of car companies promoting their car sales, or local banks and credit unions to find the lowest one.

You may even find that rates from car companies are as low as 0%—especially if sales have been sluggish and they’re trying to entice buyers. Obviously it can be a good deal. But be careful to read the fine print about the conditions that may apply.

Click here to read how this tool works, and for disclaimers.

Sometimes, though, you still might choose the longer term, and the higher cost, if you can manage the smaller payment more easily than the larger one. After all, it can be worth it to pay a little more over time if you’re worried that you might default on your payments.

But keep in mind that a car might start to cost you money for upkeep after it reaches a certain age or you’ve driven it long distances. You don’t want to choose so long a term for your car loan that you’ll still be paying it off while also having to pay for major repairs.

You might hear about balloon loans as you shop around for car financing. These loans require you to pay just interest, generally calculated at an average rate for the term of the loan, and then make a large final payment of the outstanding principal.

This style of payment can seem attractive, especially if you don’t have the money for a down payment on a regular loan. But it’s also extremely risky. If you can’t pay the final amount, you might have to take out another loan to pay the final installment—or worse, your car could be repossessed.

The more you borrow, the more borrowing will cost.

One thing you can do to cut down your overall cost is to make the largest down payment you can afford so that you reduce your interest costs. Looking for a car that will have a good trade-in value, and trading it in while it’s still in good condition, will help you save money later on as well. 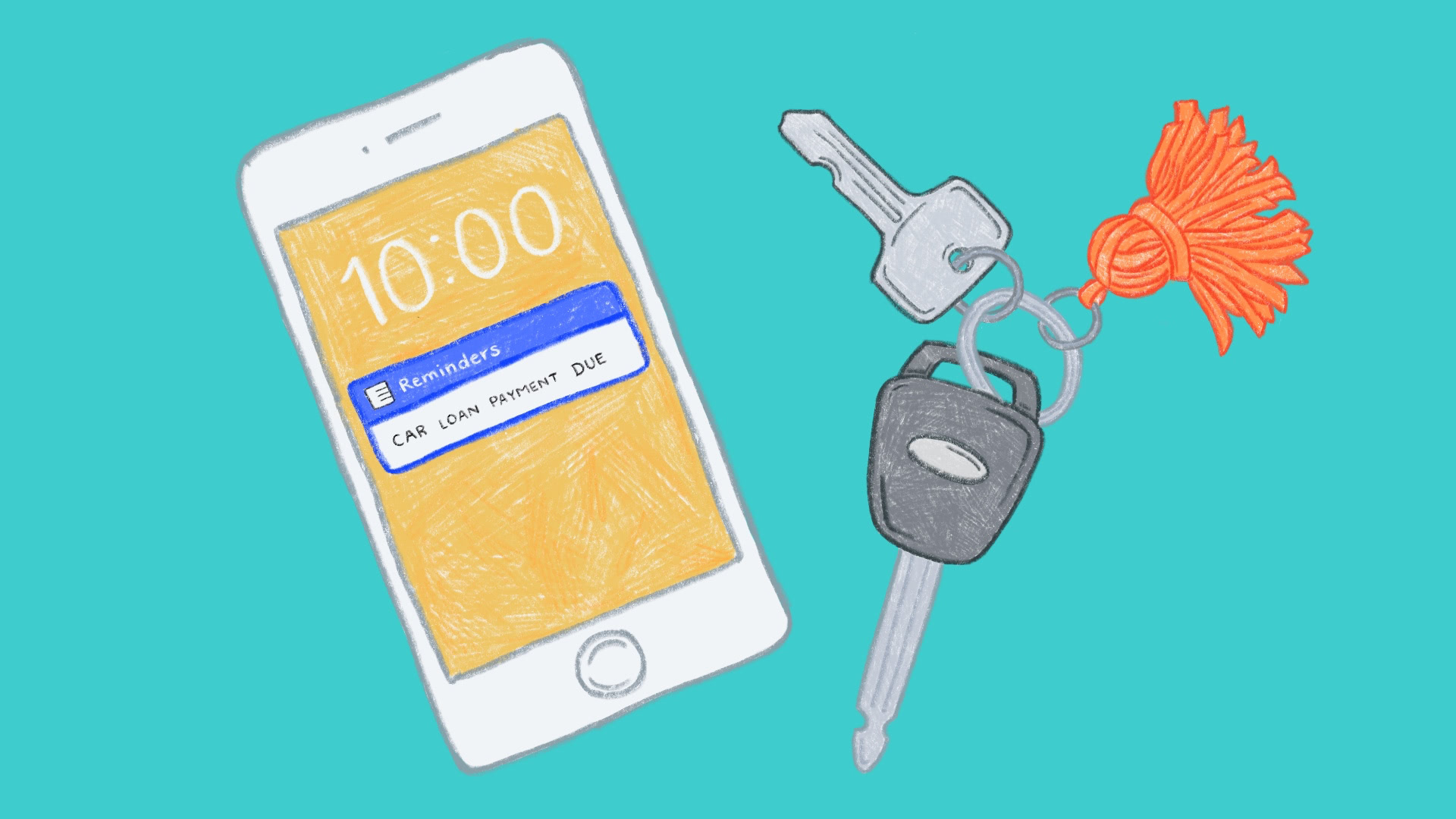 Keep in mind that you should include the cost of auto insurance when deciding what car to purchase and what monthly payment you can afford. Your insurance premium will vary depending on factors such as where you live, your age, the coverage you choose, and the car you buy. Generally, a newer and more expensive and car will be more expensive to insure.

Disclaimer
While we hope you find this content useful, it is only intended to serve as a starting point. Your next step is to speak with a qualified, licensed professional who can provide advice tailored to your individual circumstances. Nothing in this article, nor in any associated resources, should be construed as financial or legal advice. Furthermore, while we have made good faith efforts to ensure that the information presented was correct as of the date the content was prepared, we are unable to guarantee that it remains accurate today.

Neither Banzai nor its sponsoring partners make any warranties or representations as to the accuracy, applicability, completeness, or suitability for any particular purpose of the information contained herein. Banzai and its sponsoring partners expressly disclaim any liability arising from the use or misuse of these materials and, by visiting this site, you agree to release Banzai and its sponsoring partners from any such liability. Do not rely upon the information provided in this content when making decisions regarding financial or legal matters without first consulting with a qualified, licensed professional.
Related Content
coach
Borrowing And Credit
5 min activity
Get Out of Debt
Receive guidance for getting out of debt based on your unique situation.
article
Insurance
3 min read
Auto Insurance
Auto insurance is like ordering fast food—you have a lot of options.
calculator
Borrowing And Credit
2 min activity
Minimum Payment Calculator
How much can you save in the long term by making more than a minimum monthly payment?
Banzai interactive courses are fun and free. Go ahead.
Already have an account? Log In.
Sign Up
To start claiming rewards, create an account.
I already have an account.